COPPER MOUNTAIN – Two years after Brock Crouch nearly died in an avalanche in Whistler, British Columbia, he and one of his best friends he’s known for a dozen years — Red Gerard — had their moment together at the top of the podium at Saturday’s Dew Tour at Copper Mountain Resort.

Just two nights ago, Crouch said he and Gerard talked about how crazy it would be if they ever got on the same podium together. After Red won the Dew Tour men’s snowboard slopestyle competition with a score of 97.33 — besting Crouch’s 95.66 at the last minute — Crouch reflected on how surreal the experience was.

“I didn’t think it was going to happen (today) and to have this experience is something I can’t even express,” Crouch said. “It’s crazy. … I’m honestly speechless. When I say ‘I’m speechless,’ I’ve never really felt like this before. It’s crazy to think where I was two years ago not even being able to walk.“

Gerard, with his mom, dad, brothers, sisters and the rest of his fun-loving family there to watch him, ended each round of runs at Saturday’s competition with the best score. After his first run in the first round, Gerard’s family and friends erupted in applause when he landed a frontside 1080-degree rotation with a tail grab, a backside 1260 and a switch backside 1080. Under sunny skies after more than 3 feet of powder fell at Copper Friday, the Gerards used their snowboards to dig out packed-powder benches to sit on to watch the contest and cheer on Red, Crouch and their other best friend Luke Winkelmann of North Carolina.

As the competition progressed, one rider after another in the loaded field of international stars put down strong runs despite the slowness of the course due to the packed powder. In the end, seven riders finished with scores in the 90s, including Canadian star Mark McMorris (90.33), American Judd Henkes (90.66), Sweden’s Sven Thorgren (93.33), and Finland’s Rene Rinnekangas (93.66). At one point or another during Saturday’s rapid-fire round, all of them looked like they could end up on the podium.

But it was Red’s best friend Brock who gave him the best run for the top spot. Crouch did so with a second run through the course that included a 50-50 backside 360 out of one rail feature and into a slide on the Woodward Copper wall ride. Crouch then executed a 50-50 frontside 360 with a melon grab out of the canon rail and into the jumps portion. On the jumps, Crouch set himself up for the final money-booter jump with a frontside 900 tail grab and a switch frontside double-cork 1260.

Going into the third and final jump, Crouch remembered how his coach told him at the top of the course that if he hadn’t fallen by the end, to try a backside triple-cork 1440. The big trick is one many riders struggled to get around Saturday, but Crouch stomped it to earn first. Before he even received his final score his good friend and Red’s older brother and fillmmaker Malachi told him “Dude, you’re bumping the kid, let’s go,” referring to Red’s hold on first. Brock Crouch takes the silver in men’s snowboard slopestyle final with a score of 95.66 on Saturday, Feb. 8, day three of the Winter Dew Tour at Copper Mountain.
Liz Copan / ecopan@summitdaily.com

In many ways, Crouch feels like a member of the Gerard family, as Malachi shoots his video parts in general and, on Saturday, the Gerards congratulated him after he received the first-place score.

“They are literally family,” Crouch said.

Crouch also landed that best run of his life on Saturday after ripping through bottomless powder at Copper Mountain on Friday he described as “possibly the deepest powder” he’d ever ridden on a resort. The pow day before the contest, though, left him sore, especially after he and Red shredded powder in Japan just last week.

As for Red, he won the contest on a second run that included a backside alley oop 360 on the redirect hip feature to start the course before executing a noseslide pretzel on the next rail. Red then rode the next rail switch into a backside 270 that he brought back the hard way off the rail before landing a switch backside 360 out of the butter pad into a switch boardslide underflip 450 out of the canon rail.

Transitioning from the rails to jumps, Red kept great speed to land a frontside 1080 with a tail grab into a backside double-cork 1260. Then, on the money booter, Red landed a switch backside triple-cork 1440, surfing the back of his board to hold on. Red was then mobbed in the bottom of the corral by Finland’s Rene Rinnekangas, Winkelmann and Crouch, who tackled him to the ground while he was still on his board. Red’s family and friends soon followed. When the powder dust settled, Crouch looked into Malachi’s camera and, with a smile, said, “That was insane, just like that, I’m out of first.” The judges agreed a couple minutes later when Red’s 97.33 flashed on the screen. Red then dodged a strong run by Norwegian star and defending Dew Tour champ Stale Sandbech, who took third with a 94.00 run.

From there, the celebration was on. As the Ohio native accepted his first-place trophy, one of Red’s family members screamed “rush the field.” The Gerards are avid fans of the Cleveland Browns and Cleveland Indians, and they were all — including mother Jen and father Conrad — there on the packed-powder podium at Copper to take in Red and Brock’s moment together.

“It’s really insane,” Red said. “To be honest, after that avalanche and all that, I really didn’t know if he was going to be coming back to slopestyle and competing again. And for him to come back two years later now and to be riding like he never left is really something cool. And, again, I really didn’t think it was going to happen and to have this experience is something I can’t even express.” About the Author Antonio Olivero

Summit County Report is brought to you by: 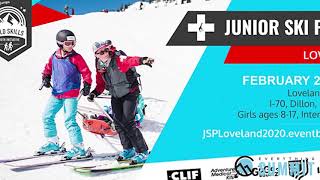 Brought to you by:

Yoga + Pregnancy: A Training for Yoga Teachers With Kari Kwinn

Enjoy two tastings for the price of one. Not combinable with any other offers.